Chatham:
Serious case- Mr. Earnest Woodgate, deputy coroner for this division of the county, opened a inquest at the Medway workhouse on the body of a young women of 22, named Priscilla Hearn, who died under suspicious circumstances at the house of a Mrs. Camburn, of Hartington St, Chatham.

The mother, who now lives at Dartford, but formerly resided at Gillingham, said deceased was a single woman and came to Chatham on Tuesday, the 18th, in consequence of a letter of invitation from Mrs. Camburn. Witness was not aware that she was unwell, and had no idea that she was likely to be a mother. Mrs Lamburn said deceased stayed with her now and then, and on this occasion came to do some sewing. Witness had known her when she was at Gillingham. Witness noticed nothing the matter with her until Friday evening, when she came home rather late and appeared to have had too much to drink.

She complained of pains in her stomach. She continued this through the night and into the middle of the next day, but declined offers of a doctor. Witness, however at length went for a medical man, and when she was out deceased died. The letter of invitation on which deceased came to Chatham on was asked for by the Coroner, but while Mrs. Hearn said she gave it to Mrs Camburn on Saturday at the later’s request, Mrs Camburn said she thought she returned it and she certainly could not find it.

Consequently it was not forthcoming. A post mortem examination had been made, but the examination of the medical witness was postponed, and the inquest was adjourned for a week. It is understood that the unfortunate young woman’s death is clearly traceable to an attempt to destroy incipient life.

Dover:
The monument erected in Folkestone Cemetery by the German nation to the memory of the men belonging to the German Navy who were drowned off Sandgate by the sinking of the Grosser Kurfurst, on May 31, 1878, has been restored at the expense of Sir E. Watkins, M.P. Over one hundred of the unfortunate men lie buried here.

Lydd:
A profitable railway: The traffic on the railway between Lydd and Dungeness cannot add much to the South Eastern Company. One evening within the past week the only passenger carried by train was a little girl whose mother had sent her from the beach to Lydd on an errand. The little girl had a half ticket, and to convey her the four miles a train of half-a-dozen vehicles, engine driver, stoker, two guards, and porters of each station were brought into requisition. It is a frequent occurrence on the line for the carriages to be more numerous than the passengers.

Lydden:
Shocking death of a boy- On Wednesday the East Kent Coroner (Mr. R. M. Mercer) held an inquest at Lydden on the body of Edward Boughton, aged 14. It seems the boy was riding a horse which bolted. He got caught in the harness, was kicked by the horse, and was subsequently dragged along the road. the boy was quite dead when picked up. The jury returned a verdict of ‘Accidental death.’

Maidstone:
Burglary in Maidstone- On Saturday night a burglary was committed at the residence of Mr. F.W Ruck, 18 Ashford Rd, Maidstone. Mr Ruck was away for a holiday at the seaside, and the house was at the time unoccupied. A man named Edward Barton, living in Mote Rd who was employed in Mr. Rucks garden, and to look after the house during his employers absence, left it secure at five o ‘clock on Saturday afternoon, but at eight o ‘clock yesterday morning he discovered that a window in the front of the house was broken. He informed P.C. Leman, who, with Inspector Waghorn, examined the house and found that entry had been made by breaking a pane of glass in the front drawing-room window, which was then unfastened.

The house was completely ransacked and things were strewn about the floors, much damage being done. Information of the burglary was telegraphed to Mr. Rck, who immediately came to Maidstone and discovered that some silver spoons and a fork, a watch, gold chain, and other articles of jewellery, with altogether £4 or £5, had been stolen. The burglar carried off none of the plated articles.

Sheerness:
Intelligence  was received at Sheerness on Tuesday of a serious fire on Mockett’s farm, Harty, a small parish, situate at the extreme end of the Isle of Sheppey. The fire broke out in a stable during the night, and before any assistance arrived four valuable horses were burned to death. The fire rapidly spread to an extensive brick built barn adjourning, in which 2,500 fleeces of wool, a large quantity of grain ready for Margate, and the farming implements were stored, and carried all before it.

It then spread to a stack and some Lodges, but through the efforts of a body of Coastguardmen belonging to the watch vessel moored in the Swale who pulled down part of the sheds, its progress was arrested, and the farmhouse, &c, together with sixteen stacks of corn, were saved from destruction. The Sheerness Board of Health Fire Brigade arrived on the scene later on and extinguished the fire. The damage is estimated at £2,000. A man named Hampshire, belonging to Lenham, who had been employed on the farm harvesting, was taken into custody on a charge of incendiarism.

Strood:
Exciting scene in the Strood Oil Mills- There was an exciting scene in the Strood Oil Mills on Wednesday, when a lad who was in imminent peril of a terrible death was rescued by a workman who ran considerable personal risk in the act. The lad, named Frid, who caught in a crushing machine and was being carried round at a fearful rate when a workman named Dainer dragged him out by sheer strength. Frid had strongly received such injuries to render him unconscious, and Dainer’s gallantry cost him some severe contusions. Frid was taken to St. Bartholomew’s hospital, where he was detained. 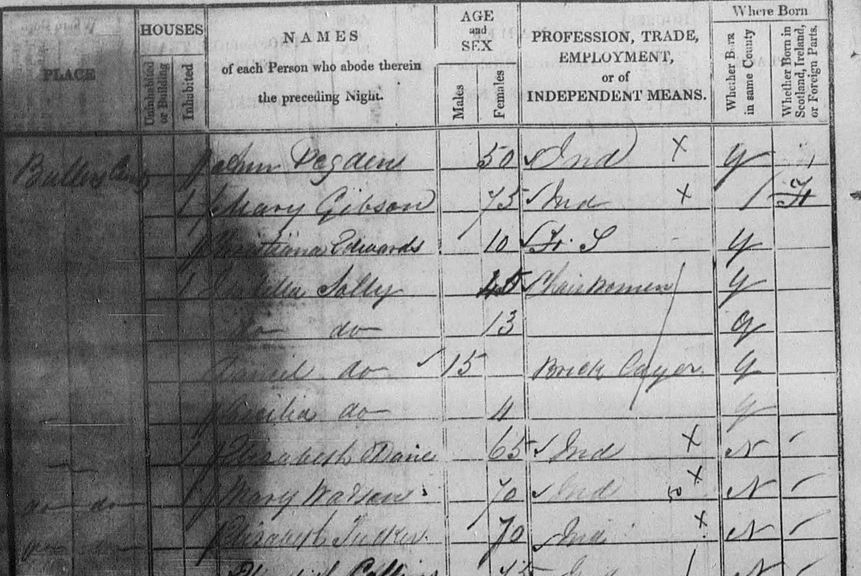